I recently spent a week in Jackson, Wyoming because that is the location of my work in progress (WIP). I wrote an entire novel set in Jackson because I’ve long held a romantic vision of the West. I completed the novel (300 pgs) with a story, start to finish, based on Google Maps, Google Earth and Wikipedia. As any good teacher would tell an aspiring writer, “Don’t do that!”
Actually, it’s not a bad way to start a story, but the novel would have been a joke if I had never gone to Jackson at all.
Annie Proulx, of Brokeback Mountain fame, sets many of her stories in her home state of Wyoming. In her work, the setting is as strong as any main character. Ms. Proulx must get the details perfect because they are vital. Ann Patchett set her most popular novel, Bel Canto, in an “unnamed South American country.” That’s one way to do it ~ be so vague that no one can contest the details. While in Jackson, I learned that C.J. Box (who also lives in Wyoming) set one of his mysteries in Jackson specifically. I bought Out of Range so that I could see how a famous, published author dealt with the details of the same town I chose in his work. (He was also very vague.) 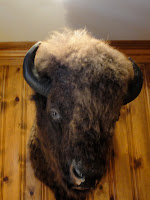 Setting can be as vital or unimportant in any story as the writer choses. But if a writer choses a specific location, he/she better get the details correct. While my storyline was solid and valid, I got many details of the setting incorrect from the information I garnered on the web (I didn’t expect to have them perfect, I only wanted the framework. I always intended to visit the town). If I had never set foot in Jackson, anyone who’d ever been there (10,000 residents + 3 MILLION visitors per year!) would have thrown my book down in disgust. “She’s obviously never even been there,” they would have said.) Because I spent nearly a week in Wyoming, I was able to correct the details and polish my novel, and it is crucially better for the effort.
Some would suggest visiting the location of one’s work first. I can see the validity in that. Others might say you really need to live someplace for an extended period of time before you can get the true feeling of a location. I’m sure that’s true, too, in certain instances. Again, it depends on how important the setting is to the novel. But the one thing I know for sure is, whether you write about your home town, or you visit the place you write about, a writer MUST know what he/she is talking about first hand. The same philosophy applies to the characters’ occupations, hobbies, lifestyles. If you write about a baseball player, you darn well better know something about baseball. Some say, “Write what you know.” I say, “Write what you want to know,” just be sure to learn all about it before you finish the book.
Most people seem to agree that too much description of a place or a person can hamper the reader’s experience. For the most part, readers don’t really care what color the wallpaper is in a room, or weave of the carpet, or how many columns are on the front of the mansion. On the same line, most readers don’t want too much medical or job-specific jargon. What people want is an engaging story. The details must enhance the story, but not overwhelm it or be so inaccurate as to turn off readers who know more than the author.
Novels are entertainment. If a writer wants to draw his/her readers into a new world, he must find the perfect balance between an enveloping atmosphere, realistic characters and an engaging plot that will grab the reader on page one and never let them go. But we writers can entertain ourselves at the same time, can’t we?
Research is not a dirty word. Think of it as making you a smarter person.

One Reply to “Write What You WANT to Know”

This site uses Akismet to reduce spam. Learn how your comment data is processed.

A Good Man Is Hard to Find and Other Stories
by Flannery O'Connor
Book reviews are nebulous. Some reviewers base their assessment solely on literary merit...

The Thorn Birds
by Colleen McCullough

The Great Gatsby
by F. Scott Fitzgerald
So, it's certain I'll never be a politician; not that I ever wanted to be...